Why to Study In Russia MBBS Abroad

It's a dream of every medical student to become a certified Doctor from top-most University. 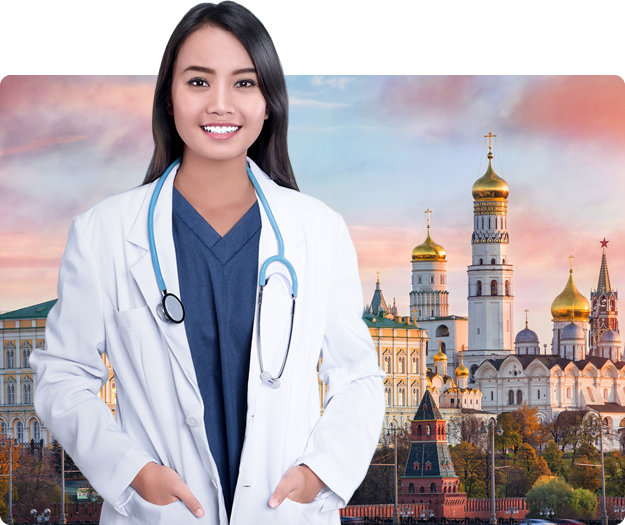 Why MBBS in RUSSIA Good Choice for INDIAN Students

It's a dream of every medical student to become a certified Doctor from top-most University, but due to lack of knowledge and proper guidance students are not been able to find out their dream University and become a Doctor. In order to choose the best university for your MBBS studies, you should first know about the University in some specific countries like Russia. It is good only if you are an Indian student looking for studying in Russia's MCI approved university because studying in Universities without such recognition is just a waste of time and money, as such a degree is not valid in India as per the Medical Council of India. Here we have illustrated some parameters which will be very beneficial for you in choosing your dream University.

Russia or Russian federation is a country with great history, home of famous scientists and land of natural beauty. Moscow is the capital of Russia and Vladimir Putin is the President of Russia ( Russian Federation).

Russia (was formerly known as USSR United State of Soviet Republic) covers area of 17 075 500 km2 which makes Russia the largest country in the world, followed by Canada, China and USA. Russia occupies most of eastern Europe and northern Asia. It stretches from the Baltic Sea in the west to the Pacific Ocean in the east, and from the Arctic Ocean in the north to the Black Sea and the Caucasus in the south. It's bordered by Norway, Finland, Estonia, Latvia, Belarus, Ukraine, Poland, Lithuania, Georgia, Azerbaijan, Kazakhstan, China and North Korea. Russia's borders stretch for a total of 58,562 km (with 14,253 km bordering other states and 44,309 km bordering the sea). 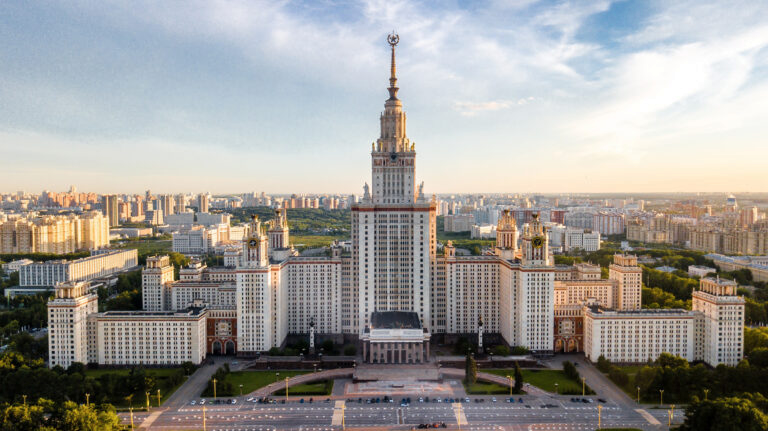 Russia was formed in 882 as a kingdom of selective cities of western Russia including kiev. That time Kiev was the center of a trade route between Scandinavia and Constantinople, and Kievan Rus. In 989 Vladimir I was the ruler of kingdom who extended to as far south as the Black Sea, the Caucasus Mountains, and the lower reaches of the Volga River. During 1237-1613 Russia was under the influence of Mongol. In 1237 Batu Khan, a grandson of Jenghiz Khan invaded into Kievan Rus. Over the next three years the Mongols destroyed all of the major cities of Kievan Rus' with the exceptions of Novgorod and Pskov. To regain its honor and land in 1480 Grand Duke Ivan III gathered its strength within in Moscow, that time he was strong enough to faceoff with Mongols but it took him almost half of the century to conquer Mongols and to Russia became a unified state. That time Ivan IV grandson of Grand Duke Ivan III. In 1547, he adopted the title of tsar. In 1552 he conquered Kazan and Astrakhan in 1556. In 1613 Michael Romanov was elected as Tsar. The Romanov dynasty to ruled the Russia for 304 years, until the Russian Revolution brought an end to the Tsarist state. Since the of Ivan IV, the Russian Tsars had followed a fairly consistent policy of drawing more political power away from the nobility and into their own hands. 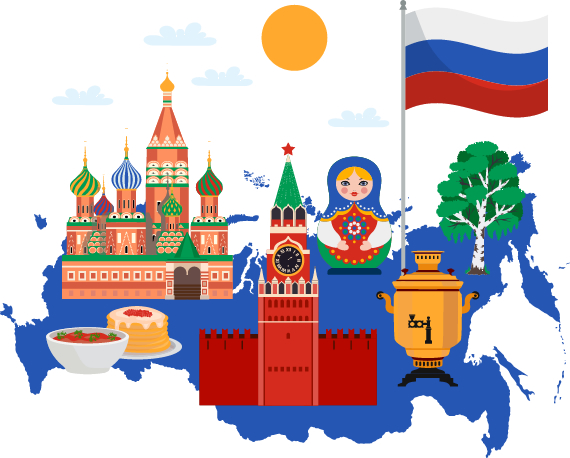 By the 19th century Russia had expanded its territory and its power considerably. Its borders extended to Afghanistan and China, and it had acquired extensive territory on the Pacific coast. The foundation of the port cities of Vladivostok and Port Arthur there had opened up profitable avenues for commerce, and the construction of the Trans-Siberian Railway to link the European Russia with its new eastern territories. In 1894 Nicholas II acceded to the throne. In January of 1905, the Japanese attacked, and Russia experienced a series of defeats that dissolved the tenuous support held by Nicholas. Nicholas was forced to grant concessions to the reformers, including most notably a constitution and a parliament, or Duma. The power of the reform movement was founded on a new and powerful force that entered Russian politics. The industrialization of the major western cities and the development of the Batu oil fields had brought together large concentrations of Russian workers, and they soon began to organize into local political councils, or soviets. It was in large part the power of the soviets, united under the Social Democratic party, that had forced Nicholas to accept reforms in 1905. In 1912, the Social Democrats split into two camps-the radical Bolsheviks and the comparatively moderate Menshiviks. by 1920 the Bolsheviks were the of soviet Russia.

The first few years of Soviet rule were marked by an extraordinary outburst of social and cultural change. Although the Bolsheviks had maintained complete control of the economy during the civil war but by the end of the 1930s, the Soviet Union had become a country in which life was more strictly regulated than ever before. With the outbreak of the Second World War, the Soviet Union found itself unprepared for the conflict. In june 1941 the German army invaded into Soviet Russia by seizing most of the Soviet territory in the west, surrounded St. Petersburg and within a few hundred miles of Moscow. In 1942 the Germans launched a new invasion against the southern front in an attempt to gain control of the rail center of Stalingrad on the Volga and the vital Caucasus oil fields. Despite an overwhelming disadvantage in numbers and inferior weaponry, the Russian army succeeded in holding out against the enormous German army. In November, a relieving force managed to encircle the attackers and compel the surrender of the entire force, marking a decisive turning point in the war. From that point onward, the Russian army remained on the attack. By 1944 they had driven the Germans back to Poland, and on May 2, 1945, wall of Berlin was fallen.

In 1990 Russian Repeblic ended the soviet era and declared its independence.

The climate induce an unbalance between different parts of Russian area, so many large parts of country have almost no population and development. Russia has only 8 % of arable land. 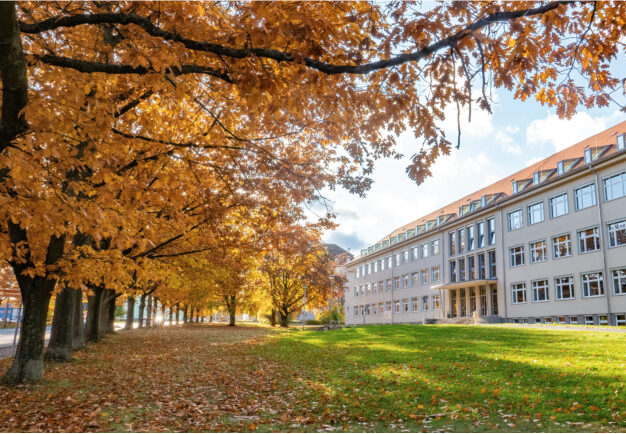 There are many lakes in Russia, fresh- or salt-water. The largest lakes are Caspian, Baikal, Ladoga, Onega and Taimir. Lake Baikal is the largest fresh-water lake in the world, it has maximum depth of 1620 m.

Forest cover about 40 % of the entire Russian territory. The largest forests are in the Siberian taiga, at the eastern part of country and northern part of European territory. The most frequent forest is the coniferous forest. There are also some mixed forest in mid-Russian regions.

Russia has many natural resources including major deposits of oil, coal, natural gas, many strategic minerals, diamonds and timber. The largest oil-and-gas deposits can be found in Western and Eastern Siberia and on SakhalinIsland. The list of Russian mineral deposits includes gold, silver, platinum, cobalt, antimony, zinc, mercury, and many others. Russia abounds in mineral resources whose total potential value (in world prices) is estimated at an impressive $30 trillion.

Benefits Of Studying MBBS In Russia For Indian Students 2021 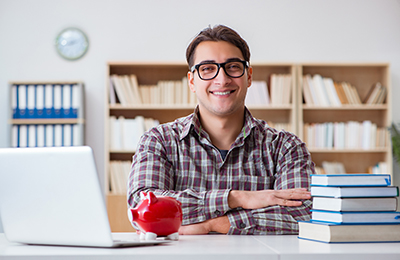 Fees structure of top medical universities in Russia is very low when we compare it with other countries in terms of medical courses, this is one of the reasons that many of the Indian students opt for studying medicine in Russia. MBBS in Russia fees structure 2021 ranges from 18 lakhs to 27 lakhs. 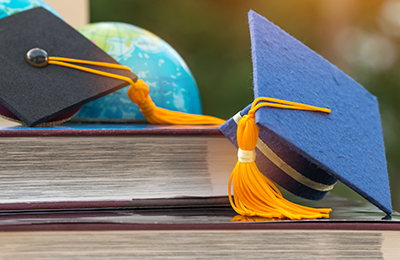 The MBBS degree pursued by students after completing the course is accepted worldwide, as the degrees are provided by MCI Approved top-ranked medical Universities in Russia. MBBS Russia course degree is recognized in India as well as in other countries. 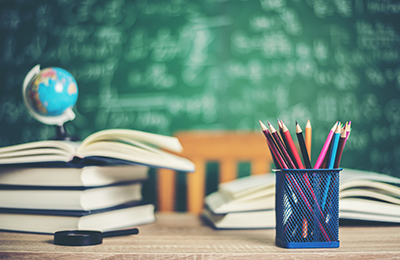 The quality of education is far beyond excellence, the Russian medical universities are equipped with world-class educational amenities, wherein universities focus on imparting more practical knowledge rather than a theoretical one. The study modules are made in such a way that it can be easily understandable to the students. 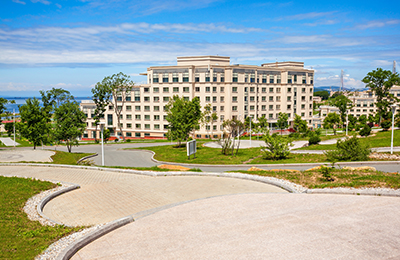 We all know about the fact that proper educational infrastructure, as well as the environment in the university, makes a difference while studying and learning. The medical universities are equipped with world-class amenities and equipment. All the classes are well maintained, hygienic, ventilated and fully air-conditioned. 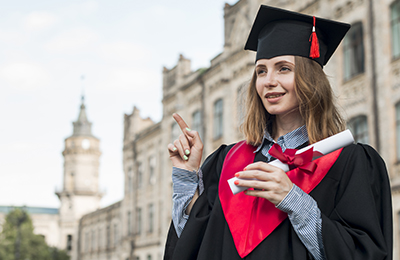 Most of the universities in Russia are approved by MCI, WHO and other top International institutions which make it easier for students to get hired as an intern or they can easily be recruited as MBBS Doctor in top Hospitals in India as well as in other countries. While choosing the university for MBBS studies, it is recommended to students that they must give priority to those MCI approved University’s top-ranked universities. Also, the availability of MCI coaching in these Russian medical Universities which is very helpful for Indian students who are pursuing MBBS from Russian medical University makes it different from other universities of some other countries like China,Kazakhstan, Ukraine. 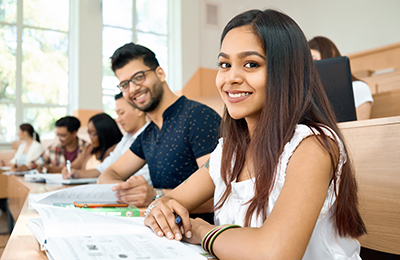 The Medium of Studies

The medium of studies is in English-language which makes it easier for Indian students to complete their medical courses in Russia and study accordingly. 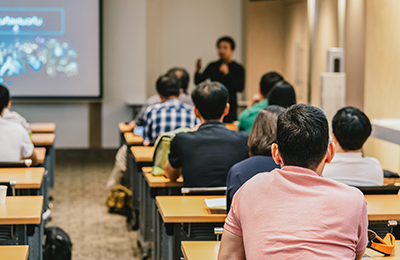 Faculty of the Universities in Russia are highly qualified and experienced and they aim in providing practical knowledge to the medical students. They assist students by resolving their doubts in a very supportive manner.